According to an August 11th report by the U.S. Energy Information Administration, crude oil storage fell slightly from 1,150.4 million barrels on July 31, 2015 to 1,148.7 million barrels on August 7, 2015. Although crude levels continue to vary, facilities that are bound by the EPA Facility Response Plan (FRP) requirement must ensure compliance. This is especially true during mergers, acquisitions, and when new storage facilities come online. In response to the potential growth opportunities, numerous U.S. companies are expanding storage capabilities.

Because a single oil spill can have a significant or catastrophic impact, it is imperative for emergency managers to evaluate response processes for best practices and maintain the most current FRP possible. Storage facilities that meet EPA capacity thresholds and could reasonably cause "substantial harm" to the environment by discharging oil into or on navigable waters, must prepare and submit FRPs. Facilities that could cause "significant and substantial harm" are required to have their plans approved by an EPA Regional Administrator (RA).

Substantial Harm
According to the FRP rule, a facility may pose "substantial harm" if:

The landscape of growth opportunities may be changing as the Department of Commerce recently announced a partial lift to the 1975 Energy Policy and Conservation Act ban allowing U.S. companies to export domestically produced crude oil to Mexico. However, despite the change or volatility of the oil industry, companies must ensure regulatory compliance remains across their enterprise. 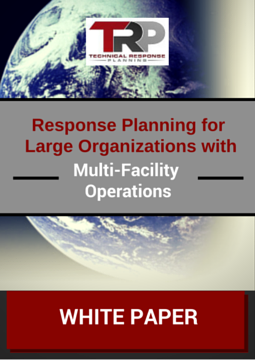