The first officially recorded U.S. railroad accident occurred in 1832 when four people were thrown off a vacant car on the Granite Railway near Quincy, Massachusetts. The victims had been invited to view the freight process of transporting loads of stone when a cable snapped on the return trip. As a result, the observers were thrown off the train and over a 34-foot cliff. One man was killed and the others were seriously injured.

Rail technology, applicable safety regulations and compliance initiatives have significantly changed since 1832. In early 2016, the Federal Railroad Administration (FRA) announced that its heighten enforcement of railroad safety regulations in 2015 led to the highest civil penalty collection rate in the agency’s 50-year history. “Safety must be the number one priority for every railroad, and the Department of Transportation will continue to take aggressive action against railroads who fail to follow safety rules,” said U.S Transportation Secretary Anthony Foxx. “A strong safety enforcement program is critical to prevent accidents, save lives and move our country forward.”

According to the Association of American Railcars, freight railroads operate over a network of nearly 140,000 miles and serve nearly every industry sector of the economy. Two significant safety measures affecting the state of rail safety include the ‘Implementing the Positive Train Control Enforcement and Implementation Act of 2015”, and “FAST Act Requirements for Flammable Liquids and Rail Tank Cars”.

The FRA has been monitoring the progress of the “Implementing the Positive Train Control Enforcement and Implementation Act of 2015”. Positive Train Control (PTC) provides a capable system that prevents train-to-train collisions, over speed derailments, incursions into established work zone limits, and the movement of a train through a main line switch in the wrong position. When active, the PTC can mitigate multiple vulnerabilities and eliminate the need for an emergency response.

The initial December 31, 2015 deadline for Positive Train Control (PTC) enforcements was extended to December 31, 2018 to allow for railroads to achieve full PTC integration. However, rail companies are slow to make the expensive transition.

The PTC integration status update as of the June 30, 2016 is as follows:

The law also authorizes up to a two-year additional extension on a case-by-case basis if the railroad can demonstrate that it has fulfilled statutory prerequisites including, but not limited to:

On August 15, 2016, the Pipeline and Hazardous Materials Safety Administration (PHMSA) and the FRA issued a final rule modifying regulations governing trains hauling crude oil and other flammable materials. The potential impacts of a hazardous material incident can be significant. 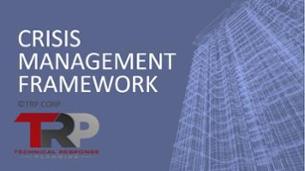