Regulatory Compliance Fines are Increasing: Is Your Company Ready?

Since the 1990 Inflation Adjustment Act exemption, the set monetary penalties for violating OSHA’s health and safety standards have remained fixed. However, on November 2, 2015, Congress passed the Bipartisan Budget Act of 2015 which requires federal agencies, including OSHA, to adjust their civil money penalties based on inflation. Any penalty proposed or assessed after August 1, 2016, will reflect the increased fine.

Agencies are required to publish initial penalty adjustment amounts by July 1, 2016, which must take effect no later than August 1, 2016. This timeline condenses the reactive mitigation period and minimizes the time for companies to confirm compliance across an enterprise. Encouraging regulatory compliance prioritization even further, agencies will be required to make annual inflationary adjustments based on the Office of Management and Budget guidance starting January 15, 2017. Companies must be proactive and confirm regulatory compliance or be ready to pay increased fines.

When company operations span across multiple locations, compliance verification can become increasingly complicated. In 2015, OSHA penalized Anheuser-Busch with safety violations at its New Jersey warehouse, resulted in a $150,000 fine. If the penalty was assessed after the upcoming August 1, 2016 adjustment, the company could have been fined nearly $270,000.

The cost to initiate, upgrade, and/or maintain a proactive EHS program may be seen as a superfluous expenditure. However, compliance efforts and compliance tracking software programs are often less expensive than agency fines. When companies can deliberately protect lives, prevent hazardous impacts, limit property damage, and eliminate increasing regulatory fines, EHS program prioritization becomes an investment in the long-term sustainability of a company.

Site applicable regulations must be identified in order for processes, procedures, or response planning noncompliance to be discovered. Regulatory recognition can occur through routine inspections, job hazard analyses, and audits. Audits, whether done by in-house professionals or specialized contractors, can often reveal the same inadequacies and mitigation opportunities as identified by regulatory inspections, without the potential reputational and financial consequences of non-compliance. With an objective eye, an audit can bolster an overall emergency management program and minimize the potential for incidents or regulatory fines.

As agencies are redefining their monetary penalties, companies must not rely on the prospect of an inspection to ensure preparedness programs are sufficient. Regulatory deficiencies are most likely shared with others within the same industry, therefore, companies may identify potential solutions by researching applicable best practices. Often, the expertise and knowledge that drove the regulation into existence stems from the problems and experiences of others, and their efforts to address the inherent problem(s). 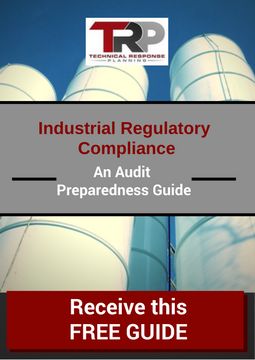